Register for the Challenge

Select your challenge and commitments; you can even join up with friends and family.

Who did previous Challenges? 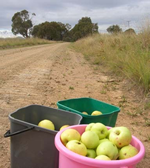 Food choices audit – What do your know about your food?

There’s lots we don’t know, so it’s important to start by asking what we do know and what we can find out easily. 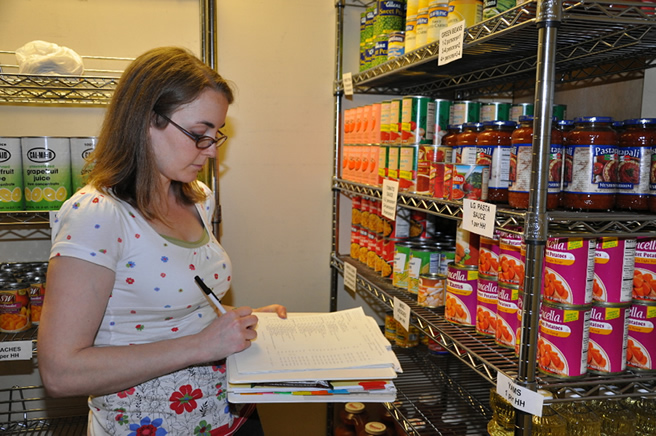 Check each items on your pantry shelf and in your fridge and inventory what you know about them – how far have they travelled to come to be with you.

You can use the spreadsheet, which also has an example of our household inventory. We suggest you look at each item, but if this seems like a big task, you might wish to select your top 10 items – those you either buy most frequently, or those you ‘like best’.

See if you can answer the following questions:

You’ll find there’s not much information on the product label of most processed foods.

The place of manufacture – where the ingredients are put together – or where the actual ingredients are grown or sourced from is not shown. In most cases the address information on the label refers to where the brand owner has its primary offices (ie. Dairy Farmers Pty Ltd, 737 Bourke St, Docklands VIC 3008).

With fresh food, you’ll find some is labeled but for specifics you’ll often need to have a conversation with the retailer. This won’t be hard as they love talking about their produce!

Here’s some important things that will help you gather the information you need to know:

This can be as simple or as comprehensive as you want it to be and depends on the Challenge you decide to take up for the week.

Learning from others – The 100 Mile Trial 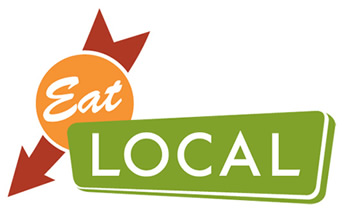 In December 2008, a group of 8 households in Melbourne took on the 100 Mile Trial – eating for a week from only food grown within an 160 kilometre radius of their homes. They found that this experiment, starting as a challenge to reduce the travel miles and carbon footprint of our food, became the opening up of a whole world of discoveries about their food, the people who produce it and of course themselves.

Read about their experiences on the 100 Mile Trial. Also, see Kim’s reflection on the food audit process and the 100 mile trial.

You can do the week at any time

Country of origin labels are often the only indicators as to where ingredients are from, and where the main manufacturing processes occurred.  They give some idea, in the broadest (national) sense, as to where a food product is grown, produced, made or packed. A revision of the country of origin food labeling system came into effect in 2016. As outlined on the ACCC government website, the key country of origin claims mean different things:

When a food has not been grown, produced or made in a single country, it needs to display a label identifying the country it was packed in.

Note: this video was made before the 2016 COOL changes that significantly improved the clarity in the labeling process. It does raise the difficulty of knowing if a claim has any substance.

As a general rule, fruit and vegetables grown out of season travel a long distance to come to you, or if they’re grown close by in greenhouses, often take energy for this. You can find out what’s in season at different time of the year here (guide for all Australia).

Note, some guides refer to ‘seasonal availability’ – this means what items you can get, it includes items kept in cold storage.

What’s grown in your area?

Australia produces a large variety of crops and food products for both export and domestic consumption. The top ten agricultural products by value are cattle and calves, wheat, milk, fruit and nuts, vegetables, wool, barley, poultry, lambs, and sugar cane.

Different produce and crops are grown in different areas of Australia. The tables and information below give a general idea of what is grown in each state.

See information for fruit grown in each state at different times of the year here.

Consumers frequently assume all fresh vegetables and fruit must be Australian, however this is not the case as much produce is imported. For example, in 2005 McDonald’s Australia Ltd announced it would no longer source all its potatoes for fries from Tasmanian producers and announced a new deal with New Zealand suppliers.

From Agriculture in Australia, Wkipedia.

Although dairy farms can be found all over Australia, milk is produced mainly in the traditionally higher rainfall areas in the south-eastern corner of Australia (80% in the three states ofVictoria, South Australia and Tasmania). This is where most of the cheese, ice cream and other dairy products are produced. (Source)

Many items although grown or produced locally, are processed with crops/produce from further away. Often it was not possible to know that the produce eaten was in fact local. Sometimes however you can narrow this down with the right information. For example, we discovered that the True Organic coop in Victoria provide the milk for Parmalat’s ‘Pure organic’ brand. The majority of these farms are located within 200kms of Melbourne.
~Back to top~