How to Brew Beer

Find Micro-breweries close to you – Go to Map and enter your postcode, choose your radius, click filters button, then clear all, then breweries, update. 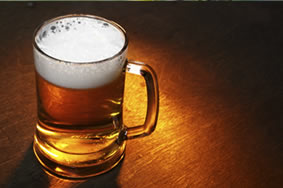 Whether this is your first fermentation or a continuation of the quest to create the perfect glass of beer, here are the fundamentals of brewing.

Beer brewing can be as complex or simple as you wish to make it. There are beer brewing kits available for purchase that simplify brewing–and then there is the art of brewing from scratch.

Before beginning the brewing process, you must first understand the four key ingredients necessary to brew a batch of beer: water, fermentable sugar, hops, and yeast. Each ingredient is integral to the recipe and must be cooked in a certain way to yield a successful batch of brew. Understanding their basic qualities and how each ingredient is meant to react with the others is an important aspect of beer brewing.

Reproduced from allrecipies.com. Check out their simple ale recipe.