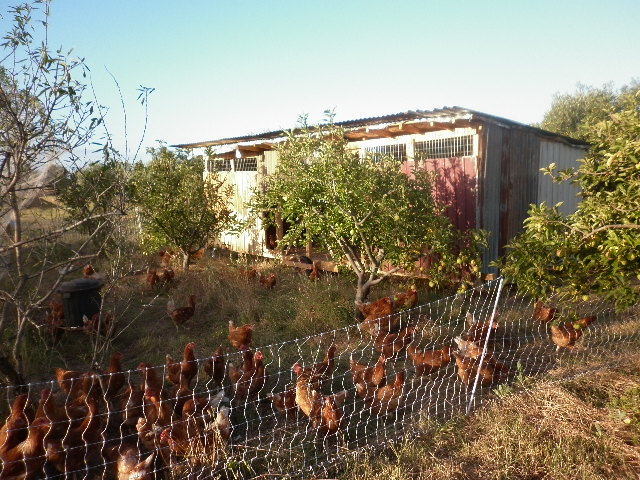 Eggs again for breakfast. This time from Melton farm. Carey runs the Community farm based on CSA principles, supplies eggs to the coop networks out this way. He has an awesome chicken tractor that is like a portable home for the girls. The farm itself is about 40kms west of Melbourne.

Our veggie box arrived this morning. Janet is on the market run roster and it was her turn today so we have largely Victorian produce. Only bananas, oranges and zuchinni from further-a-field. 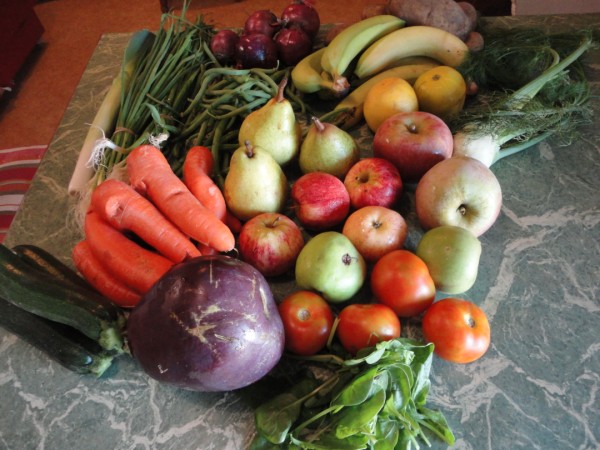 I also made a trip to the local Footscray market. Not organic produce. Apples from Priest Bros orchard in Pakenham (57kms), grapes fromHappyValley (150kms), and plums from Admona, near Shepparton (160kms). Also from the deli there: our Andrew’s Sourdough bread, who specialise in rye sourdough (85 Railway Ave, Laverton, Ph: 03 9931 0187); fetta fromPreston (9kms); Monserella from Alba Cheese Factory in  Tullamarine (22kms).

On the way we stopped at Oliveessence . Nani runs this local café stocking local olive products. We often get their leftover coffee ground for the garden (great as a compost component). See more at Ground to Ground. The kids got a juice – Apple Tree juice, 100% Australian fruit, made by Baco, based in Caulfield. 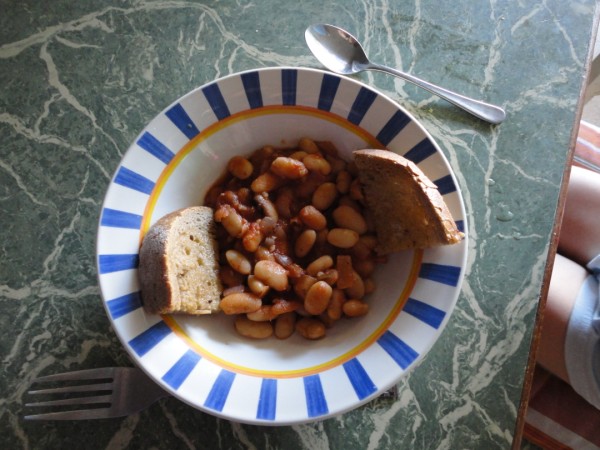 Lunch – tired our homemade baked beans from yesterday. Not as popular as I’d like to see. I’m told by my kids that next tiome I need to ‘crush up the vegies’ more. Oh well… gotta give these things a go.

We were going to make ricotta cheese today but have had a milk dilemma. We’ve run out of the usual milk we get. It’s usually Parmalat ‘Pure Organic’ and we know that most of the farms who supply this milk are within 200kms of Melbourne.  We get it from Susan who runs the corner store (milk bar) across the road. She initially got it in when we requested it, but now we’re not the only customers who buy it from her. Unfortunately this means that this time, she had run out. Wouldn’t be getting any more in till Saturday. So we’ve had to settle with Pauls regular which is a bit of a tradeoff given I don’t know where the milk comes from (likely VIC and NSW) and comes with a new fancy plastic cap, totally unnecessary. The alternative would be to make a trip to SIMS independent supermarket but we are avoiding supermarket… especially this week.

Another similar situation has been toilet paper. Usually get SAFE brand –  100% recycled content paper (collected copy paper), non-chlorine bleached, paper wrapped, and made in Laverton, quite near us. However we have found we’ve run out! So settled for once-off purchase of Sorbent, made by SCA from Susan’s store, rather than go to supermarket for this week. 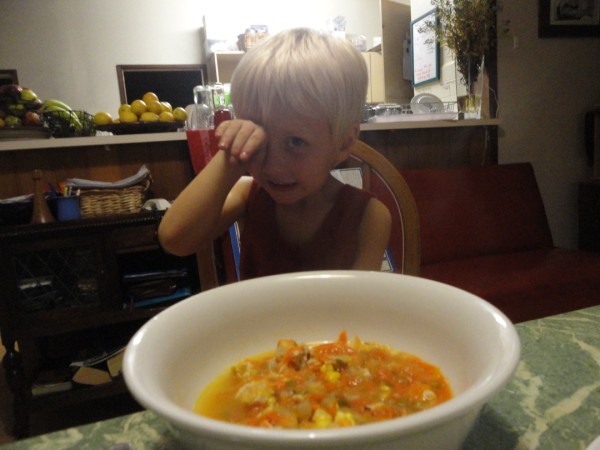 Dinner – chicken and corn soup. Corn was from garden, self-seeded in our pumpkin tub. Also our carrots. These are left overs from a lot that I left to go to seed.

Janet is a bit of a cider freak. Loves the stuff. We had a go at brewing our own last March. It had a beautiful crystal color with no sediment and plenty of fizz. It looked fantastic in bottle. Unfortunately at the time all we had was brewers yeast which meant it tasted awful! It was undrinkable. And with the extra sugar added by accident it did have a fairly high alcohol content. We’ve keep a couple of samples for any hill-billy guests. 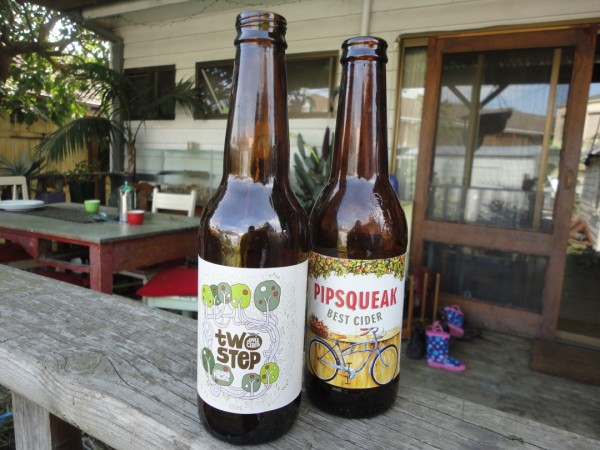 We’re presently attempting a batch of nashi cider. No one seems to know much about nashi cider, which could be mean we’re pioneering new territory… or there may be a reason why nobody has tried it. Presently our brew is not doing it’s bubbling as it should …may not be looking too promising…

Janet is doing tea. We’ve chosen Nerade tea which is Australian owned and Australian grown, but does include imported product (labeled ‘blend of local & imported tea’).