Both of our kids are pretty Eco-savy. They are aware of how the world is shaping up at the moment. Like most 12 and 15 year olds who care, the are asking what they can do ? What will make a difference ? How can they help turn the tide ?

Charlie has recently contributed some money the Pangolin Crisis Fund to help this species that he loves. He’s not the only one who loves them. They are the most trafficked animal in the world, wanted for their scales which are used in Chinese medicine and for their meat that is considered a delicacy. 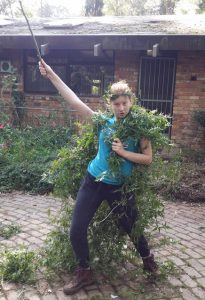 We all can make a difference. It is easy to forget this in amongst the bigness of the issues, and the loud noises of distraction all around us. As parents, Janet and I try to be honest and truthful about what is going on in the world, and yet positive and hopeful at the same time. I have been inspired recently by this small musical contribution to the conversation by 13 year old Rory Phillips.

Making good decisions starts with knowing what you’re looking at (the Truth). So, in the spirit of the Challenge, I am going to explore a little of the stories of some the more obscure grains that are staples at our house. We eat them, but haven’t really met them face-to-face. Let me introduce … Quinoa, Red Persian lentils, and Brown rice.

Many grains maketh the meal

Pronounced ‘keen-wa’, this is a gluten-free grain. As mentioned, it’s really versatile. Can be used as a savory or sweet food. I did a web-search to find out more about where quinoa is grown. It is traditionally grown in places such as Bolivia, Peru and Chile. However now it is grown somewhat closer to home, with the first Australian large-scale crop grown in Tasmania in 2007, and others since, in Western Australia. The brand Kindred Organics, distributed by Honest to Goodness, is grown and packed on the Daman family farm, on the north-west coast of Tasmania. I believe this is what is stocked at Ecopact coop, where we shop for grains.

There is also the brand ‘Three Farmers’ is grown in Narrogin WA, since inception in 2010. Their website tell s a little of their story here and their focus on chemical-free, sustainable agriculture.

Brown Rice Onion Pilaf, Risotto-e-Tonno, Meen Alleppey Curry. Lovely! (Recipes here), Brown rice has more nutrients and is less processed than white. We use Kialla Organic Rice which is grown in Greenmount Queensland. The Kialla website have quite a bit of info on their produce. Take a Tour here.  Their brown rice is supplied by organic farmer George in Casino, NSW, who also grows sorghum and soya beans for Kialla.

Kialla have a really useful system called Plate2Farm tracker.  There is an ID batch number on each packet of produce allowing you to trace the source of the grains back to the farm. “We’re making known where it’s grown because we believe in transparency and integrity throughout the food chain.”  Kialla is a great example of a local (Australian) organisation worth supporting. See more about growing and milling rice and more stories about Kialla’s growers and related farms at their blog page.

The Red Persian Lentils we love so much for dhal, soups and salads, are from Mount Zero in the Grampians region of Victoria.  Jane and Neil Seymour purchased a rundown olive grove at the bottom of a mountain in 1993 with dreams of a simpler life. The grove was in such disrepair that the first commercially sold olives and olive oil were not produced until 1996. Mount Zero is Demeter certified. That means they uses a bio-dynamic farming approach that is holistic and chemical free.  Mount Zero has been working with local Wimmera farmers to encourage the growth of premium lentil and grain varieties such as freekeh, farro and barley. 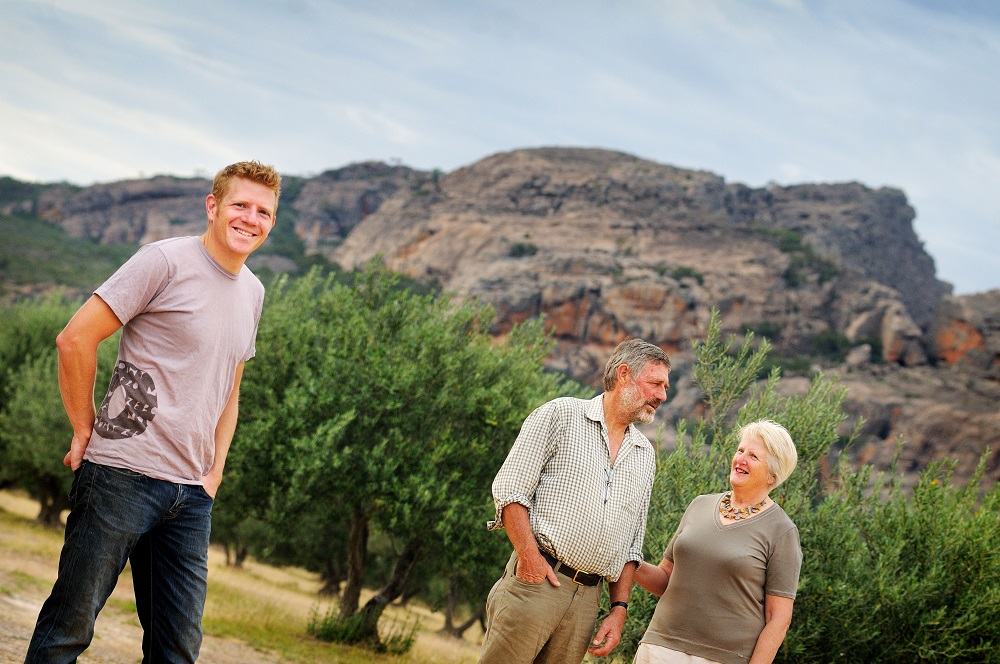 did a web-search to try and narrow down the farm that these lentils may have come from, knowing that it is a “Demeter certified farm in the Wimerra region supplying Mount Zero”.

One farm that came up a possible match was Burrum Biodynamic Farm in Marnoo.  Stephen Walter is a fifth generation farmer. He and his wife Tania are passionate about clean, green food. In 2000 they started introducing biodynamic measures at Burrum. The soil responded well to this farming technique, so they committed to converting from conventional farming to biodynamic farming. In 2012 they decided to value add and set up a facility to clean, split, pearl and dehull their organic crops. They grow lentils, peas, barley, oats, spelt and wheat. Burrum Biodynamics produce is available directly through Farmhouse Direct.

But the best beauties are the closest!

My favorite, beyond these great grains, is home-grown broccoli. Little forests of tasty fun! Thanks Janet for growing it in tubs in the front yard while the vegie beds get a make-over! 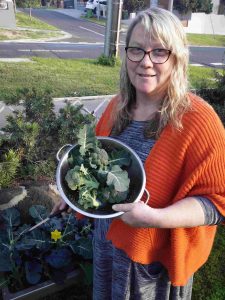 It’s been fun to evaluate once again ‘how we do food’.  I’ve found during the various stages of lock-down, here in Victoria, that it is easy to become passive and impotent. It can seem as if all the essentials are before us, without us actually ‘doing’ much. But in reality we do need much more than just a job-keeper bonus and working wi-fi. Happiness comes with connection, agency and doing something with meaning.

In reality our wonderful and complex food systems are relatively fragile. They often depend on complex systems in faraway places, with a cost that is unseen and unsustainable. Taking some small steps to make our own food systems more localised is a large step to them being more resilient. This is a good way forward.

I’ve heard it said that resilience is having a backup, and a backup for the backup. So if each of us were going to take this on board, it would mean that we had each thought through having 3 realistic possible sources for all our food (and other) essentials. I haven’t really done this work for myself yet, but it’s still good advise. I might make it the next part of my Local Harvest Challenge.

The other thing worth noting is “Don’t go it alone”. Get advise, share your discoveries, and importantly, remain engaged. We’re all facing some radical new territory at this time in history. It can be scary, but in fact it’s an opportunity to grow, to adapt to be better and stronger (and more compassionate), to do things differently.  Whether it’s a new recipe, a new place to source good food, or a whole new revolutionary food regime.  As individuals and as communities, this might just be our moment.