Genetic Engineering – behind our food

Currently the only genetically engineered (GE) food crops commercially produced in Australia are cotton and canola. Both these can be labelled under ‘vegetable oil’ without any indication that they are GE. Processed food commonly contains GE ingredients, mainly through imported corn, soy and cottonseed oil. 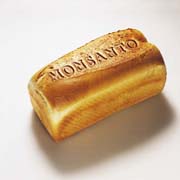 GE crops pose a very real threat to our food because, as living organisms, they can reproduce and spread and so once released they cannot be recalled. Their effects are irreversible.

Concerns over genetically engineered (GE) food include unknown health risks, threats to biodiversity, contamination of conventional and organic crops, increase in pesticide and herbicide use, and control over our food by multinational chemical companies who legally own the patents on the technology.

Controversially, GE wheat, rejected by other countries, is being trialled by the CSIRO in Australia as of 2011.

Things you can do to shop GE-free:

Have your say and oppose GE food crops in Australia.  To keep up-to-date and campaign for change, sign up to: